What Are the Best Earplugs for Concerts? 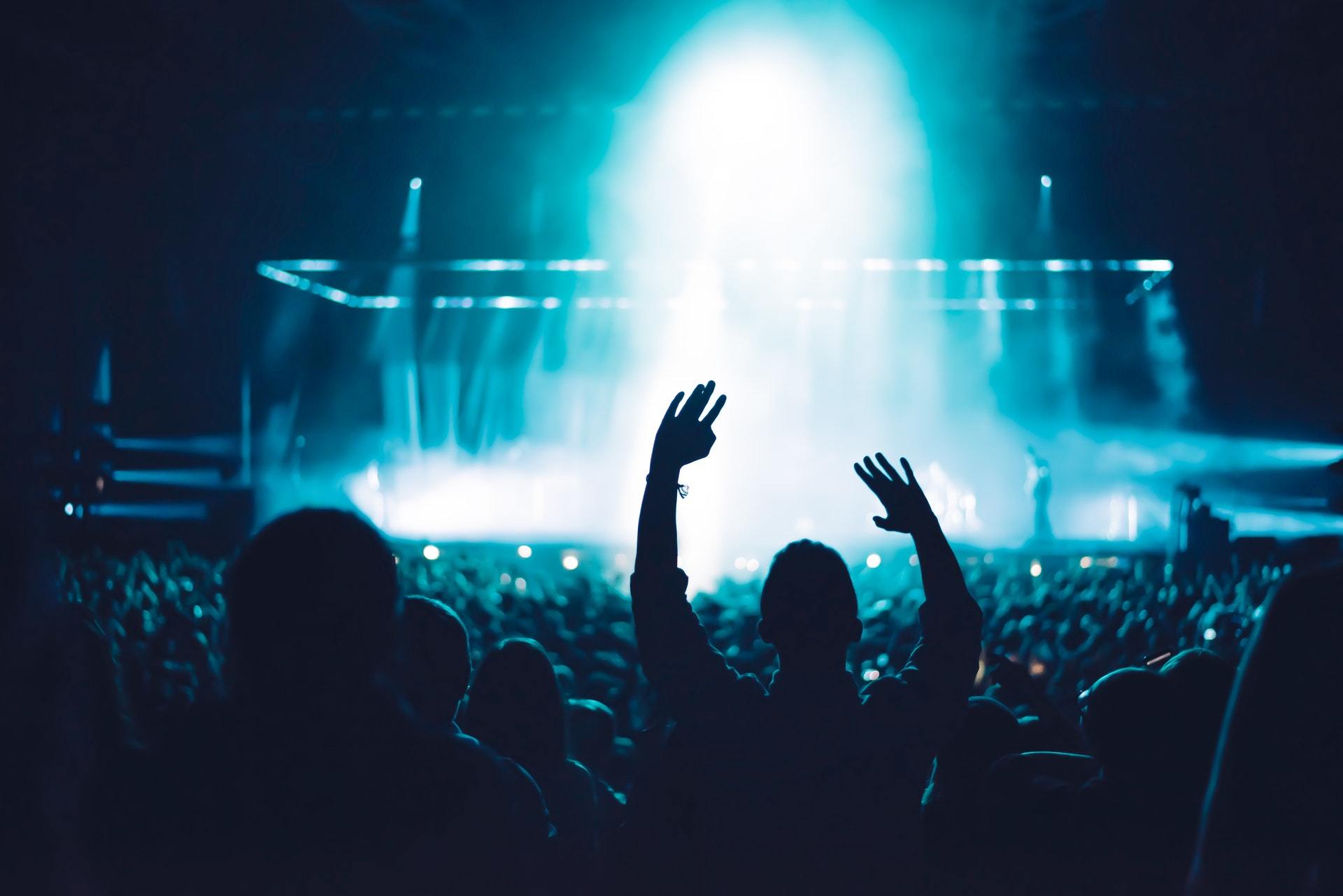 Although times may change and with it the trends, one thing seems to stay the same: loud music and corrupting our youth! Jokes aside, concerts have and will continue to be a popular and loved past time. The loud music and exciting atmosphere may be fun for you, but it’s definitely no so easy on your ears. Protecting your ears to make sure you can continue to enjoy concerts far into the future is important: let’s look at some of the best concert earplugs.

Hearing Loss In The Modern World

Under 75 decibels (a loud conversation), you’re unlikely to feel any negative effects, but sound levels of 85dB (equivalent to a loud truck driving past as you stand on the sidewalk) for several hours a day are proven to result in permanent hearing loss. Unfortunately, a smartphone on full volume can deliver as much as 110dB of sound through earphones, which means some of us are accidentally putting our hearing at risk every time we hit ‘play’.

All this adds up — one in seven adults in the United States have hearing loss in one or both ears.

Anecdotal evidence suggests musicians, in particular, are at risk of both: among others, Bob Dylan and Ozzy Osbourne are on the record as suffering from chronic tinnitus.

Why Should You Use Concert Earplugs? 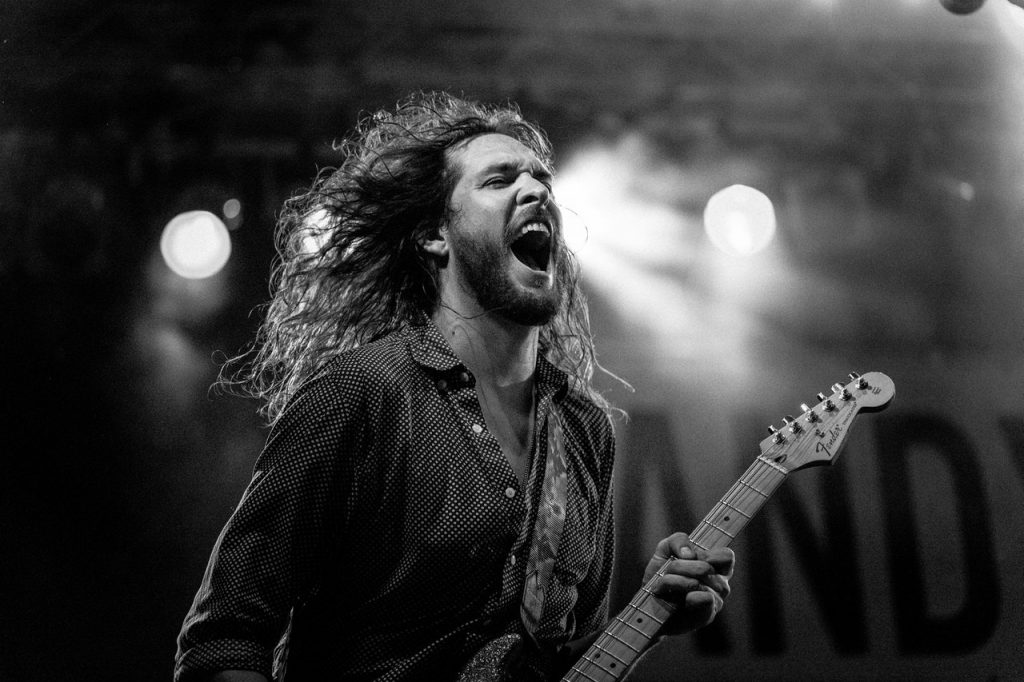 Levels towards the front of a loud modern concert can push 120dB — which means it often isn’t just the performers putting their hearing at risk but you, too. It’s fairly ordinary to go to bed after a concert with temporary ringing in your ears, but repeat exposures combined with living in an already noisy world can very easily put us at risk of less innocuous and more permanent hearing damage.

Wearing earplugs for concerts is a simple solution to this problem, reducing the amount of sound that reaches your fragile inner-ear hair cells.

For a while, however, there was a stigma against using hearing protection at concerts. The cultural machismo of the boom years of rock and metal produced a wave of timeless art, but it also produced a tendency to sneer at those who want to turn the volume down. You came, after all — so why don’t you want to hear the music?

Luckily, those views seem to be slowly changing. CFor example, Chris Martin of Coldplay wears hearing protection when he plays with the band and attends concerts. “I wish I’d thought about it earlier” he said in an interview, and now encourages music-lovers to use protection wherever needed.

Fortunately for live-music lovers, muffling a concert’s sound doesn’t always mean missing out on the music. The best concert earplugs
can provide an almost flat ‘frequency’ response, giving an effect more like gently turning down a hi-fi, and less like stepping into an adjacent room.

Do You Mean All Concerts?

The best thing to do is to use your judgment. If you’re in the open air or towards the back of a gig, you’ll be a lot safer over a few hours than you are standing towards the front of a tiny venue.

Equally, a trip to see an orchestra will almost certainly prove quieter than a rock show, but it’s important to remember that even short, sharp bursts at a high enough volume – a blast of feedback, for example – might have a profound effect on your hearing. The human ear is a fragile structure that can struggle to keep up in our noisy modern world.

Again, it’s up to you — but it might be better to be safe than sorry.

When most of us think of earplugs we think of those available in bulk in big-box stores, on the bedside table in city hotels, or behind the bar at rock shows. Simple foam earplugs come in various sizes and shapes, whether that’s bell-shaped, cylindrical, or custom-molded from a do-it-yourself kit.

Most of them are something of a blunt instrument, possibly because of their industrial origins. This means they usually offer a high level of noise protection – as much as 35dB when worn correctly – but, as stated above, almost always block out sound frequencies in an uneven pattern. Equally unfortunately, most cheap earplugs are single-use, and repeated uses risk a buildup of harmful bacteria.

Newer silicone earplugs have much more to offer, including better reusability, washable, and more options for designs.

Coming with two sets of plugs in two sizes, a handy detachable cord for safekeeping and a keychain case, LiveMus!c’s offering is a strong contender in the thirty-dollar price range.

Their Amazon page claims they can be used for up to six months with “minimal maintenance”, and they claim one of the highest noise attenuations available for plugs of this kind, with the two sets coming in at 29 and 23 dB respectively. Despite this significant level of protection, the plugs’ precision filter is meant to allow you to hear every part of the concert. 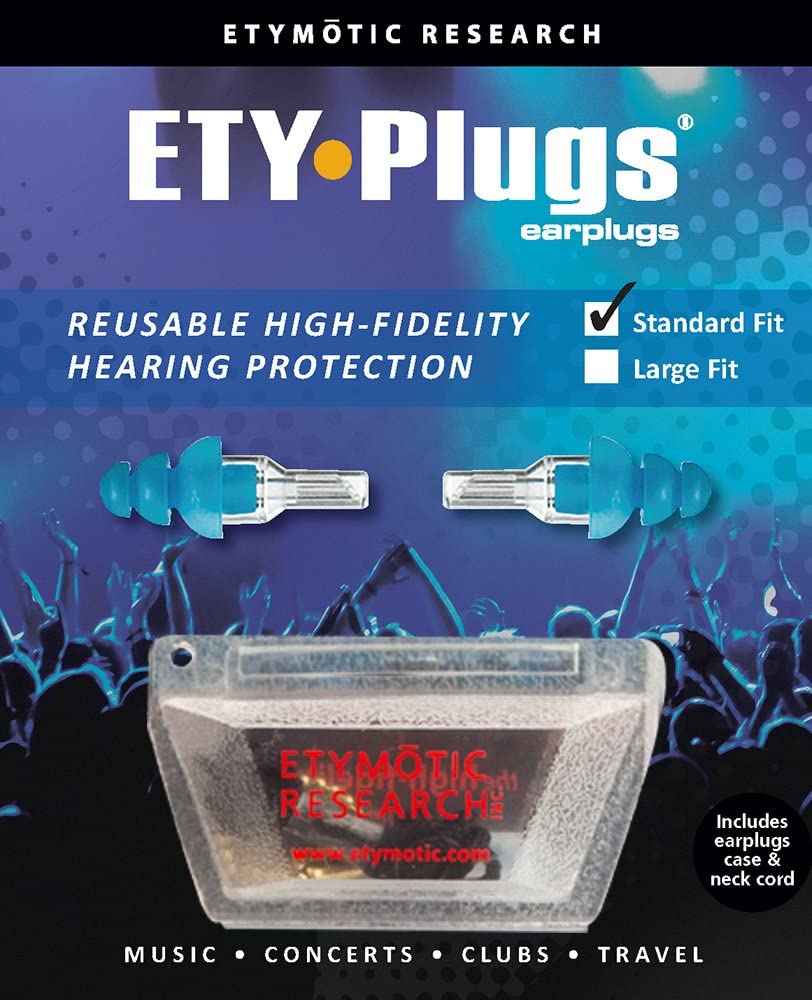 Etymotic’s offering comes at about half the price ($14), but without a second set and slightly lower attenuation levels. Still, 20dB of protection is significant. Their design aims to mimic the natural structure of the ear and so provide the full range of frequencies in music or speech.

Their Amazon page claims that one size fits all, but those with particularly petite or large ear canals might want to steer clear. Otherwise, they have one divisive feature — some like a large stem on their earbud for easy retrieval, but others might find it distracting, uncomfortable, or even dangerous if the shows they’re attending are a little rougher and rowdier than most.

The Vibes Hi-Fi Earplugs come with 3 interchangeable fit sizes (small, medium, large). The flexible sizing is great to see, as getting a better fit both assists with noise-protection and makes you more likely to wear them in the first place.

Unfortunately, this bonus is tempered by a middling-to-low attenuation of 15dB.

At about the same cost as the Vibes, Earpeace offers ‘standard’ and ‘petite’ sizes at the point of sale, a keychain case, and even a single spare earplug in case you misplace one.

Their unique selling point is their swappable filters, which offer a wide band of attenuation levels from 11 to 19dB. Perhaps these are a good pick for teenagers who still want to feel the volume of a concert without nearly so much ringing in their ears afterward.

The post What Are the Best Earplugs for Concerts? appeared first on Olive Union.